Home Bussines Understanding promotion: definitions, Purpose, type, and an example of the promotion of

Understanding promotion: definitions, Purpose, type, and an example of the promotion of 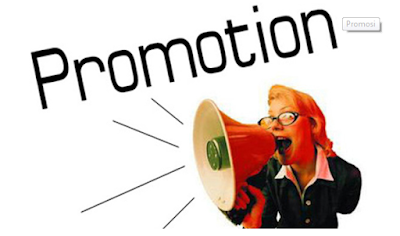 What is a promotion? Activity is a Promotional understanding of communications conducted by a person or a corporation with society at large, where the goal is to introduce something (goods/services/brand/company) to the community and at the same time affect the public at large in order to buy and use these products.

The promotion is a common marketing activities conducted power marketers to provide information of a product and encourage consumers in order to purchase the product. Ways and media promotion there is an awful lot, even the method of promotion is always evolving from time to time.

A lay society often heard and read that promotion, promotion in the form of printed media, billboards, billboard, radio, television, and the internet. Those who have an interest in keeping with the general promotion or advertising will read the information on the promotion of longer.

Understanding Promotion According To Experts

In order to better understand what promotions, we may refer to the opinion of some experts. Below is the notion of promotion according to experts:


According to Boyd, the definition of promotion is an effort to persuade people to accept the products, concepts and ideas.

2. Swastha
According to Swastha, understanding promotion is one way of persuasion that made to influence others actions aimed at creating an Exchange in marketing.

3. Boone & Kurtz
According to Boone and Kurtz, the definition of promotion is the process of informing, persuading, and influence a purchasing decision.

4. Tjiptono
According to Tjiptono, meaning promotion is a form of marketing communication that seeks to diffusing information, influencing/persuading and reminding target market or over the company and its products in order to be willing to receive, purchase, and loyal to products to offer the company in question.

6. Gitosudarmo
According to Gitosudarmo, the notion of promotion is an activity that is intended to influence consumers so that they may know the products offered by the company to them, and then they become happy and then buy the product.


Understanding of advertising and, for example, objectives, characteristics, terms, and other types of Ads

All the people who made the promotion definitely had a goal to be achieved. Referring to the promotion of understanding of the above, the following are some promotional purposes in General:

To disseminate information about a product (goods/services) to the public or prospective consumer potential.
So, overall the main goal is to enhance the promotion of doing sales figures and profit.

These Kinds Of Promotions

Promotions like these we can find on certain activities or events, for example the Bazaar, concerts, exhibitions, etc. In the activities of this promotion is usually the seller opens a booth to offer their products (goods/services).

Promotion of physically has advantages and disadvantages. The advantage of this type of promotion is to allow employers to reach directly and do a direct interaction with prospective consumers.

While the shortage of this type of promotion such as this is a restriction on the prospective consumers can reach. Activities such as these are only held on a specific location, for example offices, school/college, mall, and others, so that only people who are in a location that can be reached.

The promotion of this type was originally very effectively to increase sales. Some of which are the promotion through printed media (newspapers, magazines, tabloids, and others), radio, television, advertising banners, billboards, etc.

The development of information technologies and media have changed the way promotions in the digital age. Some promotions through digital media a lot done is through social media, a network of websites, search engines, and more.

Entrepreneurs who already prefer the technology literacy to promote their business through the internet. In addition because it's cheaper, it can reach a lot of people, as well as the process of promotion is also considered easier and faster.

Excess promotion through digital media is the cost which tend to be cheaper, its implementation easier and faster, and can reach internet users around the world.