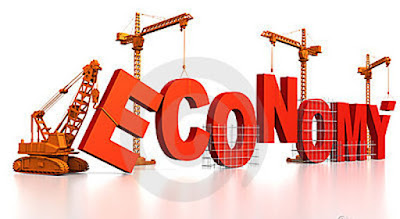 Development in economics is an economic process that aims to increase the income of the Percapita population or society in a country in the long term, accompanied by fundamental changes in economic structure and equitable Income for a country's inhabitants. The Economic development will make changes to the community, whether it is in the technological side, community mindset, or institutional.

According to Wikipedia, the sense of economic development is a process of raising total and per capita income through the calculation of population growth by a fundamental change in the economic structure of the country and Revenue equality.

Economic development according to experts

Some economics experts have explained about economic development, including:

1. Sadono Sukirno (1996)
According to Sadono Sukirno, the sense of economic development is to increase the percapita income by way of processing the strength of potential economies into a real economy by investing, using technology, adding knowledge, Improved skills, organizational additions, and management.

2. Adam Smith
According to Adam Smith, economic development is a process of fusion or combination of population growth and technological advancement.

3. Prof. Meier
According to Prof. Meier, economic growth is the process of increasing percapita real income for a long period of time.

4. Schumpeter (Suryana, 2000:5)
According to Schumpeter, economic development is a change in industry and trade fields relating to the national income and income in which the process occurs spontaneously and is not intermittent.

5. Irawan (2002:5)
According to Irawan, economic development is a variety of efforts to improve the living standards of a country that is measured by the high low per capita real income.

1. Building part of a process

Development is part of the process, which means that in economic development it requires the stages that a country must undergo. The intended stage could include justice, prosperity and the authenticity of a nation's inhabitants. The nation that builds its economy is a nation that is willing to process.

The main mission in economic development is to increase the Percapita income by active action. Therefore, it takes good cooperation between the Government, the community and other elements in the country to participate in economic improvement.

It is important as an effort to reflect the welfare of society through the increase in the Percapita income.

A country can be said to have been through the process of economic improvement if within a certain period of the income of the ship tends to increase or continuously increase.

Economic development should be able to demonstrate the signification of changes annually even when certain disorders such as natural disasters are caused. The most important thing is that it can show that every year there is an increase in the per capita income.

Its social indicators are the index of its Human resource development (life expectancy, education and decent standards of living) and the Quality of life index (mortality rate and life expectancy at age one).

Economic development has several objectives to achieve welfare to the income of the ship, namely:

Human Resources (HR) strongly determines the success rate of national development through the quality and quantity of products.

Natural Resources (SDA) includes soil fertility, climate/weather conditions, seafood, and mining results, which are associated with the provision of production raw materials and greatly affect the growth of a country's industry.

Entrepreneurship/entrepreneurship and expertise are indispensable in the management of natural raw materials into something of high value.

2. Non-Economic factors
Not related to resources and expertise, but it can affect the economic growth of a country. These factors are the social culture condition of a country, political, institutional, and developing and prevailing systems in the community.

In practice, economic development can occur barriers to the process. This is a natural thing that can arise at any time both from internal and external. Obstacles that can occur include:

Other Articles : 5 ways to start a profitable Online business for beginners