Home Bussines Spirit of Entrepreneurial, even the prophet also advocated finding a gap of own business

Spirit of Entrepreneurial, even the prophet also advocated finding a gap of own business 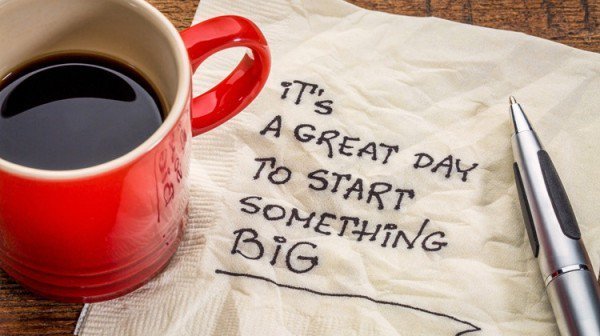 Prophet Muhammad SAW, of course all Muslims know. Aside from being a role model, he is a very inspiring figure. Not only about the problems related to the law of Islam, but more than that Rasulullah can be used as a Suri example for anyone. In terms of doing business, entrepreneurial, or trading he is a very worthy person to sample.

Many stories that we can inspire in every attitude and step of Rasulullah SAW. With respect to entrepreneurship, it was once when he told someone to trade from working to others. Friends must have had a lot to know this story.

The story of Prophet teaches to trade


Narrated from Anas ibn Malik Ra, one when there came to the Prophet Muhammad from among the Anshar to ask for work. Although it is possible for the prophet to recommend to his wealthy friends to recruit him to be a clerk, but at that time the Prophet chose not to do so. Instead he asked the man to give him something in his home to the prophet to be auctioned.

After earning money from the auction of the goods, then the prophet gave his money to the requestor. While giving the money of the auction, the prophet told the man to immediately buy food for his family that was a single dirham and that one dirham was bought to be given back to the prophet.

"Brother, receive this money. Then one of the dirhams you traded food and immediately you gave to your family at home, while one of the other dirhams traded a campy, and bring it here soon. "

Anshar man then followed his command and immediately handed over to the Prophet Muhammad. After a campaign he received, then made a handle to the grip that was then given back to the man. He told the man to look for firewood to sell to the market and ban the man from finding him before the fifteen days.

Long story short, after fifteen days, the man came to Rasulullah SAW with a sleaning. From working to sell the wood man can get ten dirhams and can be used to meet the needs of his family.

The Prophet also enjoyed hearing it, then he said:

"It is better for you than begging, it will smudge your face someday on the day of Resurrection. And begging are justified except in three classes. First, a really poor person. Secondly, people are in debt. Third, a man with a great ransom. " NARRATED by Abu Dawood, al-Tirmidhi, al-Nasaa'i and Ibn Maajah.

From the story above, we can obviously take the lesson that the prophet did not encourage his people to always work for others, so as to be a requestor-ask. Moreover, he even implicitly sent the man to work and trade by selling firewood to the market. It means that the prophet told his people to try and work with entrepreneurship and or trade.

Not only that, from the story above teaches us how we face a state of clasps in life. Although it may be in very unfortunate circumstances, we should never give up. It is advisable to continue to see a problem with positive thinking in order to keep utilizing any business opportunity that is in front of us. She was modeled on her use of the man's belongings to start a trade.

Furthermore he also teaches us that in circumstances as difficult as anything in fact is not the reason for us to give up. Even when perhaps we are in capital difficulties, actually if we want to dig deeper, there will still be a lot of capital that can actually be utilized. The story above teaches how to start a business in a state that has no capital though.

It is undeniable that every difficulty in it is definitely an easy one. In the business and trading world, it is not wise to give up the situation. Get Inspired!