Cold Allergy Can Cause Sinusitis 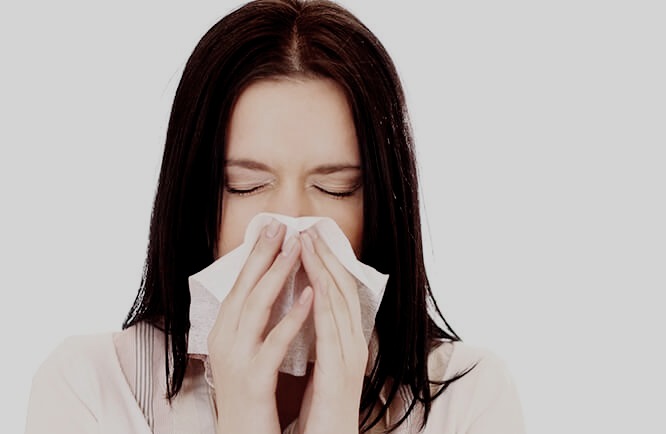 Cold allergies and sinusitis are two diseases that are equally occurring in the upper airway. Both types of health disorders are actually different, but are closely related to each other. This is because cold allergies that are not handled properly can trigger the occurrence of sinusitis. Let's see more details here.

The Difference Between Cold Allergies and Sinusitis

Cold allergies are one of the types of allergies caused by cold temperatures, thus triggering an allergic reaction to the body. This condition can then make the appearance of symptoms in the nose, eyes, and skin. Even in certain cases, cold allergies can cause asthma.

While sinusitis is an inflammation of one or more of the sinus cavity present in the face, namely the frontal sinus, Etmoidalis, Sfenoidalis, and maxillary. This inflammation is usually caused by an obstructions or interruption of flow of sinus fluid, causing infection.

Despite the same impression, but these two health disorders are actually different. Cold allergies generally cause symptoms of sneezing, discharge of snot fluid from the nose, as well as nasal congestion and itching. These symptoms most often appear at night until early morning because the temperature is usually cooler at the time.

In addition, if you are affected by allergies, you will find some distinctive signs. Starting from the presence of lines on the nose, the area around blackened eyes, until the change in the tongue is called the term geographic tongue.

Although sinusitis can also cause symptoms of sneezing, nasal congestion, and removal of snot from the nose, but usually sinusitis also accompanied by other symptoms, such as headaches or dizziness, fever, pain in the face, and sometimes causing bad breath.

Unlike cold allergies that often occur during the night until early morning due to cold air temperature, the symptoms of sinusitis can appear at any time without being influenced by the cold timing and condition. If you have sinusitis, you will also feel pain when your forehead, nose, or cheeks are pressed. Because, these three organs are part of the sinus area.

READ ALSO: Fussy child due to Abdominal migraine, do 5 things

Although different, but cold allergies that are not handled well can potentially cause the fluid to accumulate and can not get out of the sinus cavity. This condition eventually makes the sinus a comfortable place for microorganisms to breed, thereby causing infection or sinusitis.

Cold allergies added again with the inflammation due to sinusitis will make the people with experiencing symptoms of pain and pressure on the face. Other symptoms of sinusitis are also often complained of, including nasal congestion, dizziness, and difficulty in smelling.

How to deal with allergic Sinusitis

To deal with sinusitis due to cold allergies, it is possible to overcome the main cause of cold allergies first. Here are the treatments you can do:
Read also :