How to Cure Egg Allergies 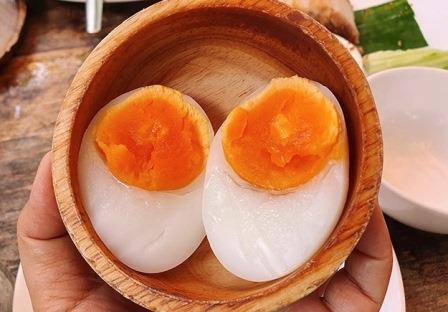 Egg allergies are an abnormal reaction of the body's immune system to egg proteins. Symptoms caused by allergic reactions can be mild to severe, even life-threatening (anaphylaxis). Symptoms usually arise some time up to several hours after consuming eggs or foods containing eggs. This egg allergy generally arises in infants and will disappear before adolescence. Egg whites are part of the egg that most often cause allergic symptoms compared to egg yolks.

Some of the symptoms caused by egg allergies are:

In the symptoms of severe allergies (anaphylaxis) can be:

Egg allergies are caused by the body's immune system that incorrectly identifies egg proteins as substances that harm the body. Consequently, the body gives a reaction of the release of histamine into the blood and causes allergic symptoms. Allergies can be caused by the egg whites, the egg yolks, or both. In children, allergies are an egg-white allergy. While in adults, egg yolks more often cause allergies. In infants who are breastfeeding, egg allergies are usually obtained from the Breastfeeding of mothers who consume eggs. This condition is also triggered because it has not perfected the gastrointestinal tract of infants and children.

There are several risk factors that cause a person to be more susceptible to experiencing egg allergies, such as:

Diagnosis of egg allergies by a physician is generally usually done through the following steps.

Treatment of egg allergies is not to consume eggs or foods containing eggs. The medications used are aimed at reducing the symptoms that arise. Some commonly used medications are:

Prevention of egg allergies is best by not consuming eggs or foods and beverages containing eggs. Some of the efforts that can be done include:

If you experience the signs and symptoms of an egg allergy above, immediately talk to your doctor to find out the cause and get the right treatment.

To perform the check-up, you can immediately make an appointment with your preferred doctor in the hospital.

Is There a Special Cause of People Experiencing Egg Allergies?

In addition to beans, shrimp, crabs, or cow's milk, guess what are some foods or drinks that could cause allergies? What about eggs? Apparently, foods that are often consumed by many people, including children, can also cause allergies.
It is quite unfortunate, the eggs are rich in nutrients and nutrition, but can cause allergic reactions in some people. In most cases, egg allergies are usually experienced by children, but it does not mean that adults are completely free of these allergies.
The question is, what is the cause of egg allergies? Are there any special causes that make a person suffer from egg allergies? Then, how the hell is knowing the egg allergies in children? What kind of tests do you need to do?
READ ALSO: Know a quick way to lower cholesterol is here

As with other allergic cases, egg allergies occur as a result of an excessive immune system that is in action against certain substances or objects. In the case of egg allergies, the immune system reacts to eggs or foods containing eggs, although it is actually harmless to the body.
When a person has an egg allergy, the body's immune system will treat the protein in the egg as a harmful substance. Furthermore, this immune system will respond by releasing histamine substances to protect the body.
Then, is there a special cause for an egg allergy?
Special causes are not actually present, but generally egg allergies occur in children. Egg allergy cases usually attack children aged 6 to 15 months. Things to note, babies who are still breastfeeding in their mothers can also experience allergies to egg proteins consumed by their mother.
What about adults? In fact, cases of egg allergies in adults are rare. Due to adolescence or when the digestive system is more mature, an allergic reaction to eggs has been more rare.
In addition to the above, there are also several factors that can increase the risk of egg allergies, namely:
READ ALSO: Corona Virus (Covid 19)

With this egg, egg yolks are considered less allergenic than egg whites. Therefore, parents should delay the feeding of egg whites until the child is one year old to prevent. So, what are some foods that need to be avoided by egg allergies? Very much, certainly food containing eggs, such as bread, sweets, cream, mayonnaise, to food fried with egg lining. There are also non-food ingredients that contain eggs that can trigger allergies. For example, shampoo, vaccines, and facial makeup materials.
Furthermore, what about the symptoms of egg allergies? This egg allergic reaction can vary by person. The reaction usually occurs shortly after consuming or exposed to ingredients containing eggs. Symptoms can be mild, moderate, and severe. For example, Biduran, nasal congestion (sneezing), cough, shortness of breath, wheezing, indigestion, eye itching, until the lips or eyelids swell.
Meanwhile, severe reactions or anaphylaxis that could harm the life, the symptoms are different again. The symptoms are characterized by difficulty breathing because there is a lump (swelling) in the throat so that the airways are obstructed. In addition, it can also be characterized by abdominal pain and cramps, and shock marked with significant decrease in blood pressure, dizziness, and loss of consciousness.
Want to know more about the above problems? Or have other health complaints? You can ask a doctor directly.